We will create your clone from scratchGive Your Basic Details andGet Full Features List!

A Twitter Clone to automate your Social Networking Business

Our Twitter Clone Script comprises of all essential features that will empire you to run a successful Social Networking website with no extra efforts.

Send Me NOW!
OR

Looking for Custom Product? We Got it Covered! 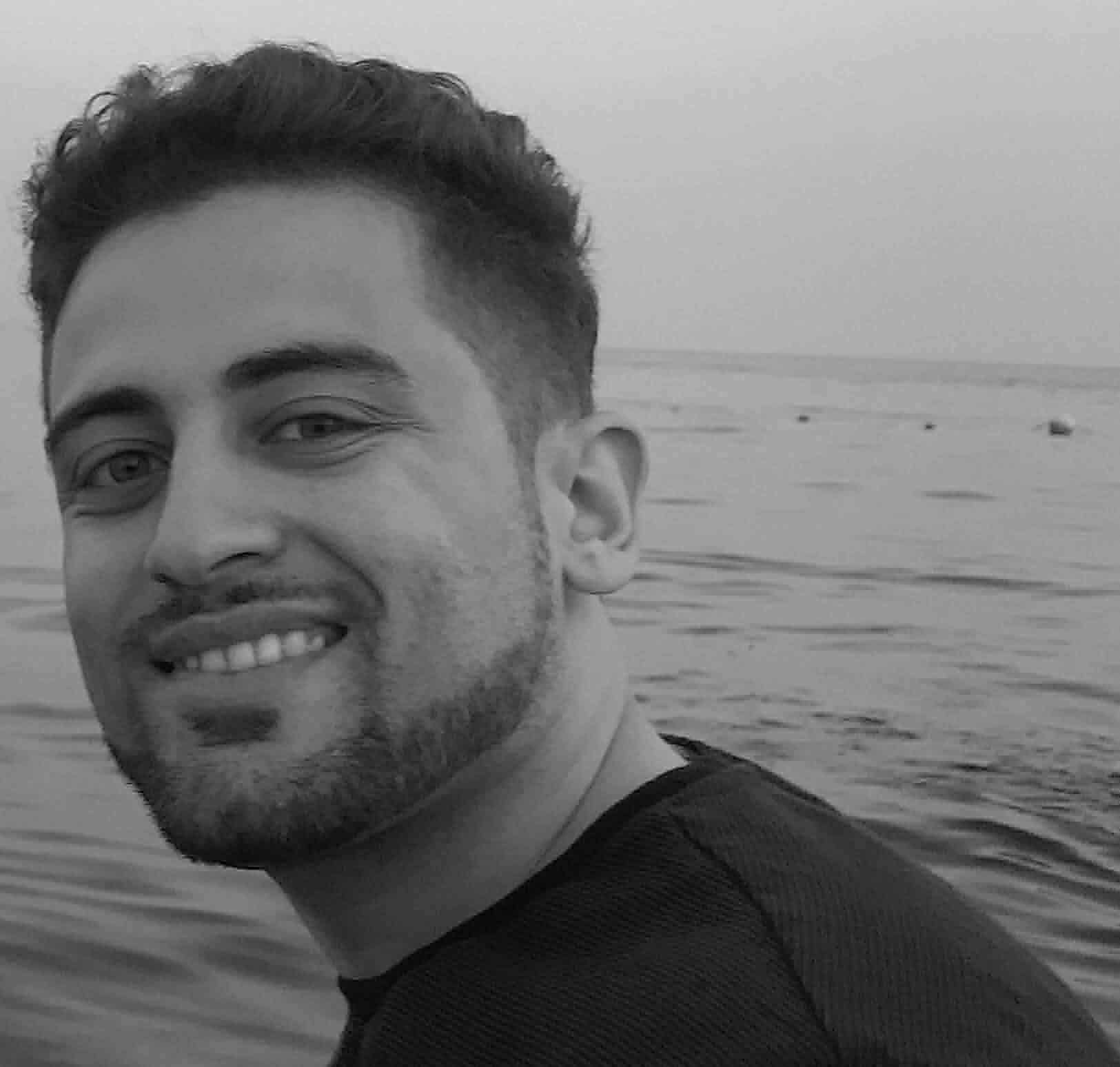 Being totally new in the website industry, I was really impressed with how smooth my journey was with minttm. It all started with Ishita Vaghela. She was the first person I spoke with from the team. Her customer service and her professionalism was simply the best I have encountered in my life. I cannot thank her enough for her patience and her prompt responses about everything. Ishita is definitely a treasure in your team! Now, I wanted to thank Jay for his outstanding experience in websites, he managed to resolve everything for me. He even went over-time to make sure I was satisfied with my new website. Pratik was also amazing, he was always making sure I was satisfied during the installation of my new website. An outstanding experience, I will definitely do business with minttm again and that is thanks to Ishita's remarkable customer service, Jay's outstanding skills and Pratik's amazing leadership.  Mido Fadel, a happy customer for life! 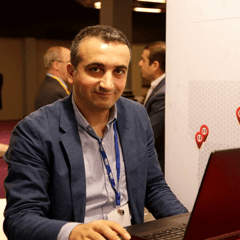 It has been a great pleasure for us to work with Mint TM team. Dhara, is an exceptional professional, someone very easy to work with who is always inclined to take any challenges with an incredible winner approach. Mint TM team was always super responsive; here were times we contacted them 5-6 times within an hour and always received detailed responses/solutions to all our questions and requirements. Mint TM team met all our requirements and expectations. Working with them we truly found not only a great customer support but also minimum price/quality ratio in the market. 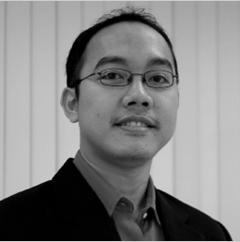 I've compared a couple of thumbtack clone scripts, and for me the best choice is the script from ClonesCloud. The UI is better than others, the must have features are complete and better in terms of pricing. What I like the most is their customer service. They will help for even the smallest things, and always fast response. It's a good experience to work with them. 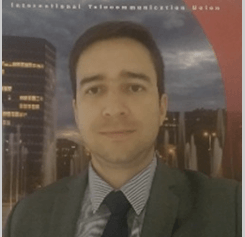 I was looking for a website to start a small company about services. MintTM(click2done) have the right website for us, and work as expected, very effective. Also, the support received have been according to our needs. Definitely work with this company have been a good decision, hope to keep working with them. 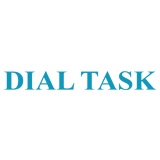 Really amazing service. They are awsome with professionalism, product and post purchase support. They have answered my each and every silly questions with very patiencefully. Thanks to Dhara, Pratik, jay  and other team members to give me outstanding support from purchase to launch the product. They take care of my each and every query and sort out within quick time very efficiently. Finally, thanks Clonescloud to make such wonderful product and to give scatch to end support. I wish to Best of luck for your company future growth. Thanks guys..!

I am was very impressed with the Click2Done Software. I looked around the market and could not find anything close to this system in price or in quality. The Creative team at Clonesclouds were helpful on the job and after every stage of approval. Thank you the Technical Team at Clonescloud did everything for me. From Re-designing to functionality and to deployment, they did exactly the way I wanted it to be! Great Work!

We really needed to transform our outdated and poorly constructed website into something that is modern, professional and capable of a global outreach. The Clonescloud team went above and beyond to exceed our expectations. Our new website is something that we are very proud of. Thanks to the Clonescloud team who know how to focus attention on simple design.
Now we have a fresh, up-to-date website that is much more user friendly, attractive and with a simple clear design that looks Professional and capable of grabbing attention.
We have no doubt that this will provide us the competitive advantage and opportunity to gain clients and build a successful business. We undoubtedly recommend their services to anyone.

I appreciate company's sincere response for my job. I recommend her for everyone who looks for the complicated job to be done.

It took a while to get to what I wanted (partially the challenge of describing an abstract concept!) but they were quick with the turnaround, extremely accommodating and happy to help with major changes. I'd highly recommend!

We are very very pleased with the outcome of our orders. The seller was very patient with me and did several revisions without complaint. AMAZING customer service. Our company went out of their way to make sure I was 100% satisfied with our orders. Plan on using again in the future. Highly recommend! 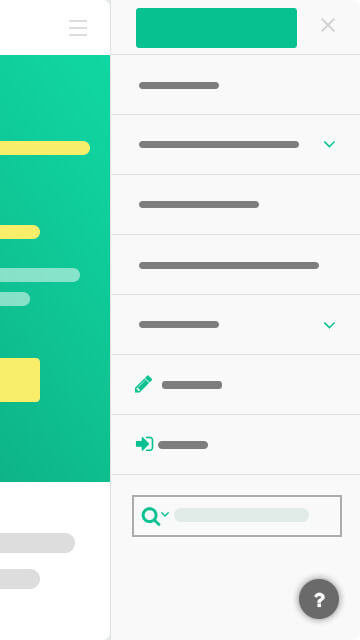 To help startups build a Social Networking website as per their requirement, we at MintTM work to bootstrap their ideas similar to Twitter.

With scratch development you get:

Twitter Clone lets you to develop a perfect social networking website that facilitates users to share news, posts, images, and interact with others users with small texts called ‘tweets’.

User can make new friends across the world by following them, unfollowing them, share ideas and thoughts on various thoughts across the globe, connect with your friends anytime anywhere, follow others in community and allowing others to follow, multiple language support and many more.

In addition, the admin will able to manage the users, tweets, video uploads, export statistics to CSV and XLS files, etc. with a user-friendly dashboard.

There are basically 2 main key-role players of Twitter Clone platform:

The admin can control everything from his user friendly dashboard provided to him. It contains management of tweets, users, homepage slider, and many more.

Users are the people who will interact with your website. They will post unlimited tweets, upload images and videos, search for his/her friends, follow/unfollow/block users, chat with his/her friends and family and lot more.

Can I claim complete ownership of the Twitter Clone ?

Yes, you can completely claim the ownership of your website.

Will I get open-source script?

Yes, you will get open-source script except for the license validation file for your domain.

Yes, every script you purchase from MintTM is scalable and robust to implement every customization as they are fully customizable and open-source.

What is multi-domain licence ?

Do you help us with customization ?

Yes, we have an amazing team of pros to help you with customization as per your requirements.

Will you provide server hosting services ?

No, we do not provide server hosting services for now. However, we shall help you in recommending best web hosting service providers as per your requirements.

There are various hosting vendors in the market offering you best server hosting plans to match all your server requirements. However, for seamless functioning of Twitter Clone, we recommend you to abide by below basic settings:

Will this be one time payment only ?

Yes, it will be ONE TIME payment only. NO hidden costs are included.

What are the other charges included ?

How will I perform installation of the script ?

Installation service is complimentary. We can also deliver you the zip files on our CDN for you to download if you want to manually configure the script on your host. ( NOTE : For server we need WHM,Cpanel or FTP for installation)

How can I get assistance if I need it?

You can drop us your question at support@minttm.com. We shall contact you back within 24 hours.

Will you provide technical support after purchase ?

Yes, we do provide you with complete technical support and assistance for 1 month.

No. Any ready-made and custom products you buy from minttm.com are strictly adhered to commercial use. The script codes are not meant for re-sell or re-distribution. Infringement to which shall make you liable to legal actions.

What are any legal proceedings to be undertaken with MintTM?

Yes, we do have sign service level agreements and contracts.

I want to return my purchase! What do I do?

You can find more info regarding Refund Policy here.

Legal: Use of the term Twitter Clone is for general information purpose to give a better idea about our script as it is a standard practice of referring a script similar to the popular website with identical business model. The script is inspired by the best & well-known existing online business model and, not the exact copy. We do not promote or engage our services/products in any means with Twitter. Our script is designed/developed from scratch by our own development team and is a proprietary product of MintTM. No design or development elements have been taken from Twitter. There will be obvious differences between a multi-billion dollar website and a clone script worth a few hundred dollars, however our clone script comprises of robust and high-end features and we always try our best to bridge the gap.

with your social profile